Vikings prove they’re for real in instant classic vs. Bills, plus Joel Embiid goes off for 59 points 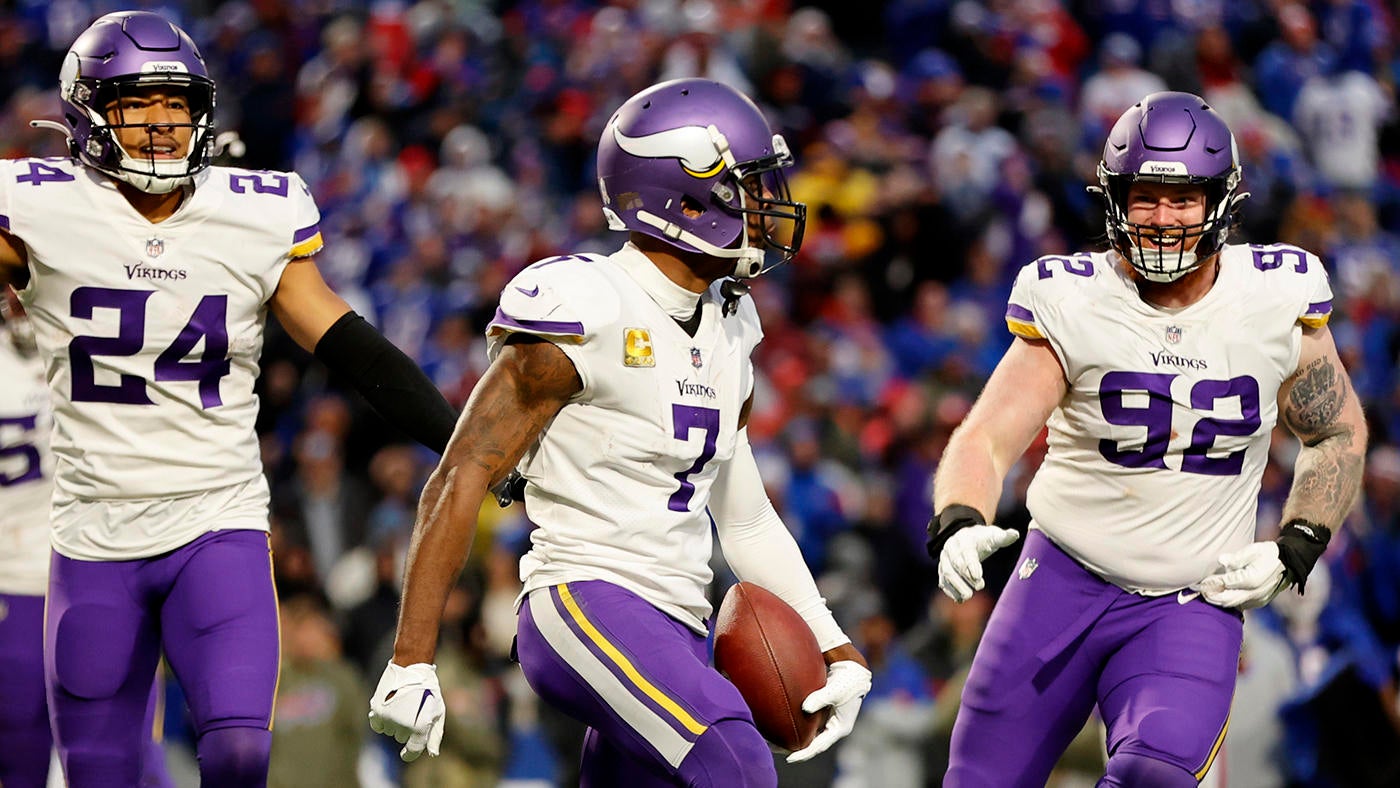 Good morning to everyone but especially to…

Oh. My. Goodness. The Minnesota Vikings and the Buffalo Bills played one of the most entertaining football games I’ve ever seen on Sunday. I’ll try to put it together coherently. Oh yeah, the Vikings won 33-30.

Let’s zoom out big-picture and talk about what this means for the Vikings. Entering Sunday, they had defeated one team currently with a winning record: the Dolphins, who started third-string quarterback Skylar Thompson. I’m a huge proponent of all wins are good wins — you can only play who’s on your schedule, after all — but this was a great, great win over arguably the best team in the league. Oh, and entering Sunday, the Vikings had lost 50 straight games when they trailed by double digits in the final five minutes.

Add it all up and the Vikings earned an A- in our weekly grades. More important: they’ve won seven straight, they lead the NFC North by 4.5 games and proved they can play with — and beat — anyone.

And not such a good morning for…

The Buffalo Bills are a very, very good football team. Josh Allen is a very, very good football player. The issues they are having — Allen in particular — are concerning. The first interception he threw Sunday came from a strange decision. Leading 27-17, the Bills went for the knockout punch, facing 4th-and-2 at the Minnesota 7 yard-line. Allen had nowhere to go, and the throw was worth trying, since taking a sack wouldn’t have helped either.

But the fumble in the end zone was shockingly bad. The game was, for all intents and purposes, over. Basic stuff went catastrophically wrong. Both Allen and center Mitch Morse blamed themselves postgame. Then there’s the game-ending interception, which was a forced pass by Allen when nothing needed to be forced — hero ball gone wrong. A lot has gone wrong of late for him:

No matter how much talent you have, mistakes like Allen’s on Sunday quickly turn wins into losses. With a supercharged arm, legs that can make something out of nothing and a bruising 6’5″ 237-pound frame, Allen can do everything. That ability — plus his aggressive play style — leads to plenty of jaw-dropping plays, but plenty of head-scratchers, too.

For much of this season, Allen has reined in the latter, and his ability to produce the former has made him a potential MVP. But the head-scratchers still pop up from time to time. In fact, he had six turnovers in a three-game stretch in the middle of last season, including three in a 9-6 loss to the lowly Jaguars. Let’s not pin this all on Allen, though. The Buffalo defense — supposed to be a unit that closes out games — allowed the following on its last four drives (not counting a kneel down):

Allen will be fine (our NFL expert Jeff Kerr says so, too). The Bills — who suddenly find themselves 6-3 and third in the AFC East — will be fine. But that doesn’t make Sunday’s collapse any better.

Not so honorable mentions

All four undefeated FBS teams won this weekend, but that doesn’t mean there wasn’t madness elsewhere in college football.

Oregon blew a late lead in a 37-34 loss to Washington, crushing the Ducks’ playoffs hopes. Oregon was No. 6 in the most recent College Football Playoff Rankings, but with their second loss of the season, any chance of playing for a national title is gone.

As for everything else:

On Sunday afternoon, Darius Garland scored 51 points, the most by any player in a game this season. He held that title for just a few hours, because Sunday night, Joel Embiid scored 59 of his own.

Our NBA reporter Michael Kaskey-Blomain was on hand for Embiid’s dominance.

Beckham tore the ACL in his left knee in Super Bowl LVI  — the second time in under two years he’d suffered that injury in that knee. He’s at or very near the end of his recovery and is reportedly aiming for an early December return. One team believes Beckham will be signed within the next week or two, and another anticipated a Week 14 or 15 debut.

Jeff Saturday has a win, and a game...

How a controversial youth soccer overhaul put the...

How to watch Washington vs. Utah Tech: Live...

Lyons out as athletic director at West Virginia

Giants are who they are: Gritty, well-coached and...

How to watch Villanova vs. Delaware State: TV...

I knew Matt Ryan gave us the best...

This website uses cookies to improve your experience. We'll assume you're ok with this, but you can opt-out if you wish. Accept Read More